so here i am in corduroy

First off, I would like to apologize for the absence of my regularly scheduled Thursday post last week. Following the election, I needed a few days to process the results and it felt too soon to address my feelings at that point. Now that I’ve had a week to think, mourn, and listen, I’m ready to be a part of the conversation.

I’m not going to use my blog to try and force my political opinions on you, as I believe that everyone is entitled to form their own thoughts. However, I’d be lying if I said I was happy with the outcome of the election, and my feeling of distress go beyond being a poor sport or simply being surprised. Unlike past elections, it wasn’t just my candidate versus the other candidate – it was someone who could maintain the status quo versus someone who terrifies me to my core. It wasn’t an either-or for me, but rather a lesser of evils. Now that the results are in, I’m not angry because my candidate lost. I’m scared because my rights are being threatened in a way I never thought possible, and I feel helpless. I’m scared for the environment, the economy, the LGBTQ community, minorities, women, and the result of this fear on our society as a whole. I am worried about myself, my friends, my family, and my country, and that worry comes from a heartfelt place.

With that being said, I want to channel the fear I feel now into something that will prove constructive in the long run. I would be easier to run away to Canada, yes, and I’d be lying if I said the thought didn’t cross my mind. But right now, I want to fight for my rights and I want to understand why this happened. Violence won’t solve anything – we need to talk to one another, find common ground, and at least listen to other people’s thought processes. We are a nation divided and we will remain that way until we communicate openly with one another.

Although I’m feeling more optimistic now, just a few days ago I felt like I was entering a past decade, with less progressivism and more misunderstanding. To channel era’s of America’s past, I paired my 1970’s inspired corduroy mini skirt with an in-style mock neck turtleneck and some knee-high boots. Overall, the look is vintage inspired & fall friendly, and its one of my favorites for this season.

Around the corner from my apartment there’s a series of businesses that share one long, continuous concrete wall. As you walk along, the wall transforms from a cerulian painted record store to a bright, kelly green painted frame shop, and then finally to a slate-gray business, marked by nothing more than a yellow door.

I don’t know what it is about this wall that I love so much, but walking by it makes me happy and its one of my favorite places to take photos. There’s nothing particularly special about it – there’s no mural or grafitti painted on its surface. The vast sections of shiny, bright colored paint attract me & I can’t explain it. What I can say is this isn’t the first and it won’t be the last time this wall appears in my photos.

Like the green paint stands apart from the gray paint, these orange pumps add a lot of character to this simple look. This white shirt and patterned joggers are stylish, and most importantly comfortable, and by pairing them with these bright colored pumps, I’ve created a perfectly comfortable and, more importantly, work approporiate look.

i got the cat walk, don’t talk blues

Cat print isn’t something you see everyday, so when you do, you buy it. Well, I do at least. I love animals & I love unique prints, so when I saw this skirt at Anthropologie, I had to have it.

Not only does this skirt have adorable print, but the just-above-the-knee length and flowy fit & fabric are to die for. Its feminine, flirty, and modest, which are all great qualities in a skirt. To keep the focus on the print, I paired it with a black shirt, some opaque black tights, and some basic black flats. But of course, I could only keep it so simple…so I added a black bow in my hair for some extra fun (and too compliment the bow inspired draping on the back of my t-shirt).

If your closet is made up of stripes and polka-dots, consider a fun & unexpected print next time you go shopping!

Rifle Paper Co. is one of my all time favorite companies, which is saying a lot since they are known for their non-clothing items, and clothing is clearly what I spend most of my money on. I own a weekly planner, a yearly planner, two notepads, two calendars, some notebooks, and several phone cases, all designed by Rifle. I’m a real sucker for floral prints & feminine color schemes, so their products are the creme de la creme in my book. So naturally, when several clothing items designed by Rifle randomly showed up on Anthropologie’s website last year, I went…a little berserk. The only problem was, the pieces were all a bit pricey & I was and am on a budget. So regrettably, I had to exercise some self-discipline and walk away.

A few months later, and much to my surprise, this dress popped up in Anthro’s sale section. However, much to my dismay, the floral prints were all sold out, and all that was left in my size was this funky quilted number. I like patterns a lot, don’t get me wrong, but this one is a bit more eccentric than I generally gravitate towards. But the power that Rifle Paper Co. holds over me prevailed and I gave in – and I’m so glad that I did! This dress is so fun & effortless, and it can easily be dressed up or down, making it a wardrobe staple. The unique print, although daring, is also great for making a statement, and the shape & material are unbelievably  comfortable as well.

Sometimes its good to try things that are out of your comfort zone. You might be pleasantly surprised by your reaction!

you had to leave a tattoo on my skin

If you’ve been following me on Instagram, you probably saw that I recently got my first tattoo! Tattoos have always appealed to me, as I love art and beauty, but I’ve never been the type of person to get just anything put permanently onto my body. However, when my grandma passed away last month, getting something to remind me of her felt right. So I got her signature from a card tattooed on my wrist & I absolutely love it.

Even though I knew its something I would never regret, I still felt apprehensive the days leading up to my appointment. I was apprehensive about the cost, the aftercare, and most importantly, the pain. However, in retrospect, I am so happy I went through with it. It was quick, fairly painless, and looks beautiful! And the best part is, I can now look down on a daily basis and be reminded of my grandma.

She is always in my heart & forever on my skin.

come down from the mountain, you’ve been gone too long

It doesn’t feel right to talk about fashion when my mind is racing in a million other directions, so I’m going to write what I’m thinking and feeling.

I suffer from obsessive-compulsive disorder & generalized anxiety disorder, and I’m not ashamed to admit it. I’ve become very aware of my disorders in recent years, and am getting better at rationalizing my thoughts in most situations. However, when I’m under a large amount of stress, I lose control, and that’s exactly what’s happening right now. I’m constantly cleaning everything, I can’t sleep, I shake my legs with nervous energy all day and night, I’m agitated & irritable, and my mind is constantly racing. With all that’s going on with work, school, and my personal life, I’m struggling to stay in control. I want to stay positive and I want to be in control of my disorders, but right now I’m not winning that battle.

I know this too shall pass, and I remind myself of that daily, but for now, I just want a glass of wine, a warm blanket, and some cartoons.

Alexz in Wonderland
is a fashion blog created by yours truly, Alexz, a quiet & creative twenty-something hailing from Santa Cruz, CA with a love for peter pan collars, dresses & floral print. Find out more about Alexz here. 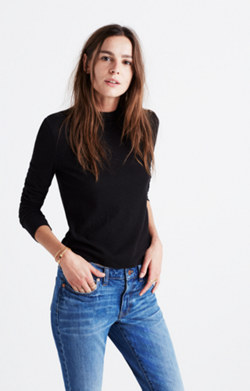